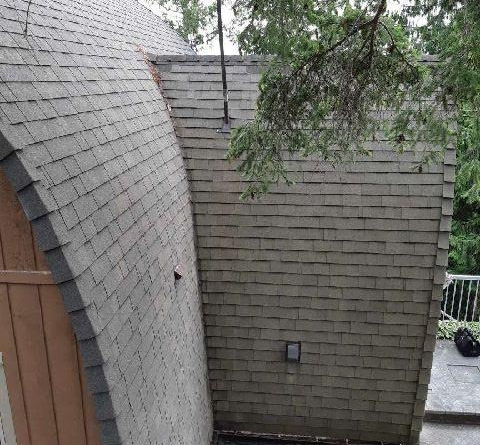 Photo: A unique design that encompasses both roof and walls in one continuous curve.

A Gothic arch, sometimes also called a rainbow roof, features walls that are bent or continuously curved over framing ‘ribs’. The walls meet at the top to make a pointed roof.

Important benefits of this construction technique are worth noting:

We had the opportunity to inspect such a home recently in Garden Bay. It was well built with laminated ribs and cedar planking. These materials withstand the test of time with minimal degradation. This particular structure was nearly a half century old, yet one could easily mistake it as having been built much more recently.

Some styles never grow dated and this example certainly proves it.